Paperback available on Amazon
This is such an amazing find for a contemporary memoir. Having set aside time to absorb it, I found I devoured the whole thing on a long train journey.
Meet young GK, a soft-spoken, well-brought-up girl, who wanted more than anything to study well and become an artist. But thwarted academically early on, she and her sisters (and friends, and sometimes her more insular brother) venture out of New Jersey and into Manhattan at nights, to experience the lifestyle of the arts and music set instead – and unwittingly, through becoming regulars in the Bowery scene of CBGB and bringing a touch of sober class to everyone they meet, find themselves in some of the most pivotal parts of rock history of the 70’s and 80’s.
The Ramones live at CBGB, 1977 “Sheena Is A Punk Rocker”

From touring with The Ramones, to running from the amorous attentions of soon-to-be famous college professors and ‘the short one from Hall & Oates’, to giving celebrity facials and waxing Cher – GK was never a ‘wannabe’ but always someone with her own mind, and knowledge of what was the right way to live and what was destructive, even while in the middle of it herself.
The Police perform live at CBGB, for their first time in New York (excerpt)
And once she finds her own New York ‘apartment’ observing herself growing up even as others seemed unable to detach themselves… She experienced everything the heart of Manhattan had to offer – the glamour, the danger, the poverty, the privileges, the wildness, the incredible opportunities, the generosity, and the bereavements – before the artist in herself finally won her over. She finds her own true role models at last, once she acknowledges her own great need for academia.
The multi-faceted Vincent Gallo, whom GK knew as a friend and plate-washer in Manhattan – his film “Buffalo 66” would later become her & her husband’s preferred Valentine’s Day viewing.
Some of her friends succeeded – became stars of stage and screen – while others succumbed or sadly expired, and even at times when GK seemed almost lost and unlucky in her early and sometimes toxic relationships, a higher consciousness of her own always seemed to emerge to snatch her back from those jaws.

…GK was no shrinking violet waiting to be swamped, but a lady I think few she encountered would realise was one whose inner spark would lead her out of the dark times, and onto the path of true personal fulfilment.

Well-read, poetic, historic, and excitingly insightful in parts, this is a real account of the Manhattan scene as it should be remembered.

The famous set are portrayed as real people the author knew and interacted with, as part of her own social landscape. Although in awe of some, her observations are a tonic to the pages of the trashy magazines of today. A truly literary rock and roll memoir. 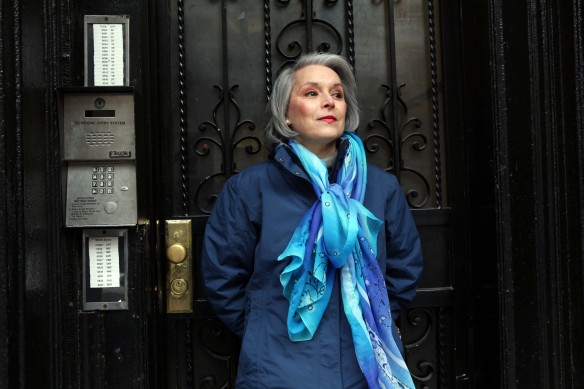 GK Stritch photographed by Suzanne DeChillo for The New York Times, January 14th, 2012. Images provided by the author, and used here with permission.

(From my review on Amazon.co.uk)
Also see “The Voodoo Reviews”

Yesterday, I got notification of my first royalty payment from Amazon Kindle! To celebrate, I made cookies. Which I’m only allowed to eat so long as I don’t eat anything else. They are chocolate-choc-chip-macadamia-cranberry made with 1/3 wholewheat flour, so technically quite balanced. I think four of those totals probably about 1000 calories (!).

I’m doing all right on the diet otherwise – managing to keep away from late-night mealtimes, and currently comfortably losing at the steady 1lb-per-week rate after dropping an initial few pounds immediately, as usually happens. A couple of weeks in is usually a weak point. I had my day off (a sensible Sunday lunch) and didn’t crack after that, and the reward of seeing the scales creeping backwards when I weigh myself every day is motivation enough – not to mention the clothes I’m looking forward to fitting back into. I have some really cool stuff collected when I was working and earning the occasional dress and shoe-shop…

Last week I was working for Sophie Neville again, finishing her book trailer for Funnily Enough. I’d followed a tutorial online by Declan Conner to format an illustrated version of Sophie’s eBook on Amazon Kindle, which has turned out really well – all the cartoons in it are her own, and I’m very inspired to do an illustrated eBook myself, having seen how great it looks in colour on the Android screen (Kindle app for Android available free from Amazon, or the Android app store).

This was done using Windows again, and the music is from an AVP copyright-free music library CD, that I already had knocking around. Sophie wanted a combination of cuts and transitions, which suits the quirky style.

I tried to do some watercolour painting last night, but it turned out more water than colour. That’s what you get for using children’s paints costing £1.99 – sigh. I was trying out an idea for a book cover on one of my other stories – but it turned out looking like a Comic Relief Red Nose instead of a menacing big red button. Karmically this is probably good news, in some alternate universe.

Today, I’m procrastinating about more everyday things, like the car needing maintenance. And avoiding editing one of my film scripts to mail out, as I’ve decided what my writing needs is an agent to do the selling for me. I’m not into selling. I’m into earning, but not ‘selling’. Selling implies that what you have to offer is not in fact necessary for survival, or is a gamble, like a luxury item or high-risk investment. Although what is high-risk about a two-quid electronic novel (or ten-quid paperback) could be a mystery, and as for necessary to survival – well, I’m not Ray Mears. But you might learn a lot about what it takes to get by in the nightclub scene.

Went in for another eye operation yesterday. I was short of sleep, so even though I was meant to be awake I probably dozed off while it was done, as I don’t recall much, except where they asked me to blink or look up. I’d asked for a sedation anyway because the eye surgery I’ve had under local anaesthetic previously, I had a tendency to chat throughout and ask what was going on. 🙂

Anyway, was discharged with a lot of eye drops and a big white patch over one eye, and went to meet my friend Sophie Neville, who was coming in to town for a charity lunch and service. So I read more of Sue Moorcroft’s Love Writing in the square outside the Royal Exchange at Bank Station, which I had plenty of time for. A fatality on the line had meant her train was diverted. It started to rain, so I went to shelter on the steps, and as I updated her where I was, she suggested by text that I go inside and grab a coffee. Which I did, feeling rather self-conscious amongst all the City types with my eye patch and jeans, and when I took my hoody off, my hospital tag still in place, it turned out. But the staff were lovely and no-one batted an eyelid, so I enjoyed my coffee and Sophie arrived presently – only nearly two hours later than she’d wanted to arrive.

She gave me an interesting tour of the company building where the buffet lunch was held for the Drapers – it was one of the locations for The King’s Speech, filmed as rooms in Buckingham Palace. I was introduced to one of the Welsh Guard, whom Sophie had joined on a survival camping trip in the jungle, and an eminent allergy specialist – still practising at the age of 99 – who mentioned the next Latex Allergy Conference, which is a growing problem.

I have the skin contact allergy to latex, which was why my operation was first thing that morning. Two hundred children were also going in for surgery that day, and I was scheduled before them to ensure no latex particles if possible would be in the theatre. It’s something they take very seriously.

On the way back, we talked about Sophie’s work with the Waterberg Welfare Society, supporting HIV+ communities in South Africa, helping families locally with receiving the right medication, entitlements, and nursery care for working parents or sibling guardians, enabling them to work or complete school. And how charity work was a minefield of red tape, with audits and accounts to be filed and scrutinised – but also how rewarding. Comic Relief is among their supporters, and it was input like that which meant Sophie and her friends learned how to organise a proper schedule of work and implement it according to a drafted plan.

We also moved on to the subject of blind dates, and dating sites. Her quote, which she’d been told when looking, was that “If you want to find a husband, you have to join a Society!” – so she did, and hey presto, did indeed meet her husband. And had a number of stories of ‘Silly girls’ who got themselves into scrapes with notorious men that she’d turned down herself in the past – the kind of men who hung out with Hugh Hefner, or were related to courtesans of the Royal Family…

But enough about dating. I won’t be doing any for a few weeks, while my eye heals up.

Sophie Neville does however have some lovely memoirs which are in the process of polishing before she publishes them. You can find links to her book blogs on her website http://sophieneville.net and also read the first three chapters of Funnily Enough on Authonomy. 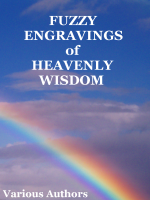 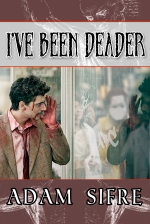 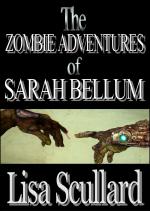