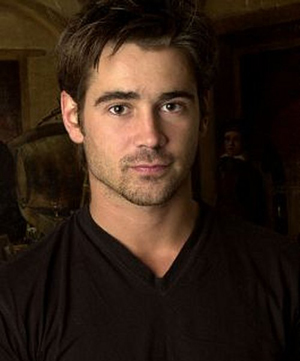 I hide in the woods often now, and lie prone in the bracken, as if awaiting the invisible fox. I must get away from it all; the house, the servants, the guests… my husband. My body twitches, from the top of my head to the inside of my womb, a possession of madness and excitement which convulses me when I would rather lie still. Like the deceased old gamekeeper, perhaps I wish to jump into water and swim away from this oasis in Hades. My heart beats wildly without impetus to do so; unknown thrills take over my body at this growing restlessness.

I am now, indeed, getting thin.

Although my sanctuary, there is no spiritual connection between me and the woods. I do not believe in such a nonsensical thing, although I am drawn there, for my own peace, in search of my own soul.

Before he left, my father made yet another statement of warning:

“Why don’t you get yourself a beau, Connie? Do you all the good in the world.”

…And then Michaelis, the anarchic playwright of the Bond Street set, came to stay. Clifford invited him, for although strangers, they were known to one another in their writings; and Clifford hoped to be a muse in one of his plays, which were now being discovered in America. A Dubliner by origin, and only thirty years of age, Michaelis penned smart society plays, which were widely celebrated; but the smart society themselves found it was they who were being ridiculed, and now shunned him. But he was a great success, in an under-dog, outcast sort of fashion, and my husband’s love of ridicule and his yearning to become a ‘celebrity’ in his own storytelling made the man an appealing thing to him, to entertain, and to pick the brains of.

He was certainly successful. He arrived in a new motor-car, with his own driver; his dress was of the same Bond Street style that my husband favours. But my husband quickly assessed him to be the pretender, to whom money easily bought such accessories which were not by birthright his. However, this did not mar Clifford’s cordiality with the man. It was his success, his notoriety, his fame that my husband wanted to absorb.

The concept of fame eats away at Clifford with an insatiable appetite. Night and day it gnaws on him, as he studies every review and every appearance of his stories in the magazines. He too dreams of being discovered in America; of being discussed in all the colonies abroad. He wants to spread his seeds of stories and ravish society unashamedly. He wants to learn the young playwright’s tools of promotion, of being read, and watched, and studied by patrons in turn. One such means would be to become a character in one of his new American plays, by which the intrigue of who inspired the piece would draw the public eye upon himself. I think Michaelis would draw well upon my husband as character; as a lame aristocratic soldier of war; but still with faint ridicule, my husband’s recurring nightmare of the tables being turned upon him in his seeking of celebrity, by celebrating the clever taunting of others.

We passed a civil evening in which there was much talk of plays and writing, and of courting the fickle charms of Fame. Michaelis professed that his plays did not chase fame, but were there merely to be famous for the time that they appeared; that Fame needed a home as much as any living thing, and had settled upon his plays for a while. It was this self-effacing remark which drew my own curiosity to the young Irishman’s hitherto solitude in life.

“How do you mean? Do I live alone? I’ve got my servant. He’s a Greek, so he says, and quite incompetent. But I keep him. And I’m going to marry. Oh yes, I must marry.”

“It sounds like you are going to have your tonsils cut out,” I laughed. “Will it be an effort?”

“Well, Lady Chatterley…” He looked at me with an admiring glance, for my wit. “Somehow it will! I find… excuse me… I find I can’t marry an Englishwoman, not even an Irishwoman…”

“Oh, American!” Michaelis gave a hollow laugh. “No, I’ve asked my man if he will find me a Turk or something… something nearer to the Oriental.”

For the first time then I looked upon his sculpted alabaster face, the rather full lips and darting, inconstant eyes. It was said he made fifty thousand pounds already in America alone; how could anyone call this artist, this under-dog, a scoundrel and a bounder? How much stupider my husband appears in his presence! How much more bounder-ish, and vampire-like, wanting to suck notoriety out of society’s hands for his own fulfilment of manhood!

I think the young man knew he had made his impression on me (young! I am yet to be so young!) for the next day he sent word up to me in my rooms that he was thinking of taking a drive into Sheffield, and could he be of any service to my Ladyship?

I did not hesitate; I sent reply for him to come up to my sitting-room, on the topmost floor.

He appeared in a sort of trembling eagerness, still self-effacing as last night. He exclaimed upon how bright and pretty my apartments are, how wise I am to keep to myself away from the rest of the house. My husband always breakfasts in his bedroom in his own apartments on the ground floor, and never goes above that level; mostly he graduates to the library after lunch, to progress in his writing, and his study of the public‘s response to his work.

We talked of his family, and background, and my curiosity was peaked again by his state of being a lonely bird, which he turned around onto me. Was I not also a lonely bird? And I felt the terrible appeal in those words, in his eyes, and in his glance.

“It’s awfully nice of you to think of me,” he said at last, rather laconically.

“Why shouldn’t I think of you?” I exclaimed, but my breath was caught.

“Oh, in that way!” He gave a hiss of a laugh, and then turned serious again. “May I hold your hand for a minute?”

And he fixed me with a gaze of almost hypnotic power, sending out that appeal again which was direct to my womb. His glowing eyes rendered me incapable of resisting; the yearning flowed out of my breast over him.

I must give him anything, anything. It meant nothing, except that I shared myself with him.

He stayed that time for three days, and without word of our affair, was as civil with Clifford as ever. Afterwards he wrote to me with the same melancholy distance, wry wit, and a sexless affection. I wrote in turn, and on a few occasions visited him in London.

His thrill was always over so quick; he achieved his end too soon, and was bashful, and rather grateful. He wanted me to have mine, and that he wanted to give it to me was enough, for the time.

Clifford benefited greatly by my renewed inspiration and vigour in his writing work, with my attentiveness, and in a way, a return of happiness. It gave me a mechanical confidence in everyday life. It was not a marriage, and it was so far from being love. But it was something, something that was needed.

But already, with Michaelis now left for America, bringing an end to our affair, I am irritable again, and distant, and lying in the desolate bracken of the woods, wanting to run away from it all myself. Clifford wishes my enthusiasm would return.

Perhaps if he knew, he would have appealed to Michaelis to stay.

Inspired by D.H. Lawrence – himself, a self-published author!